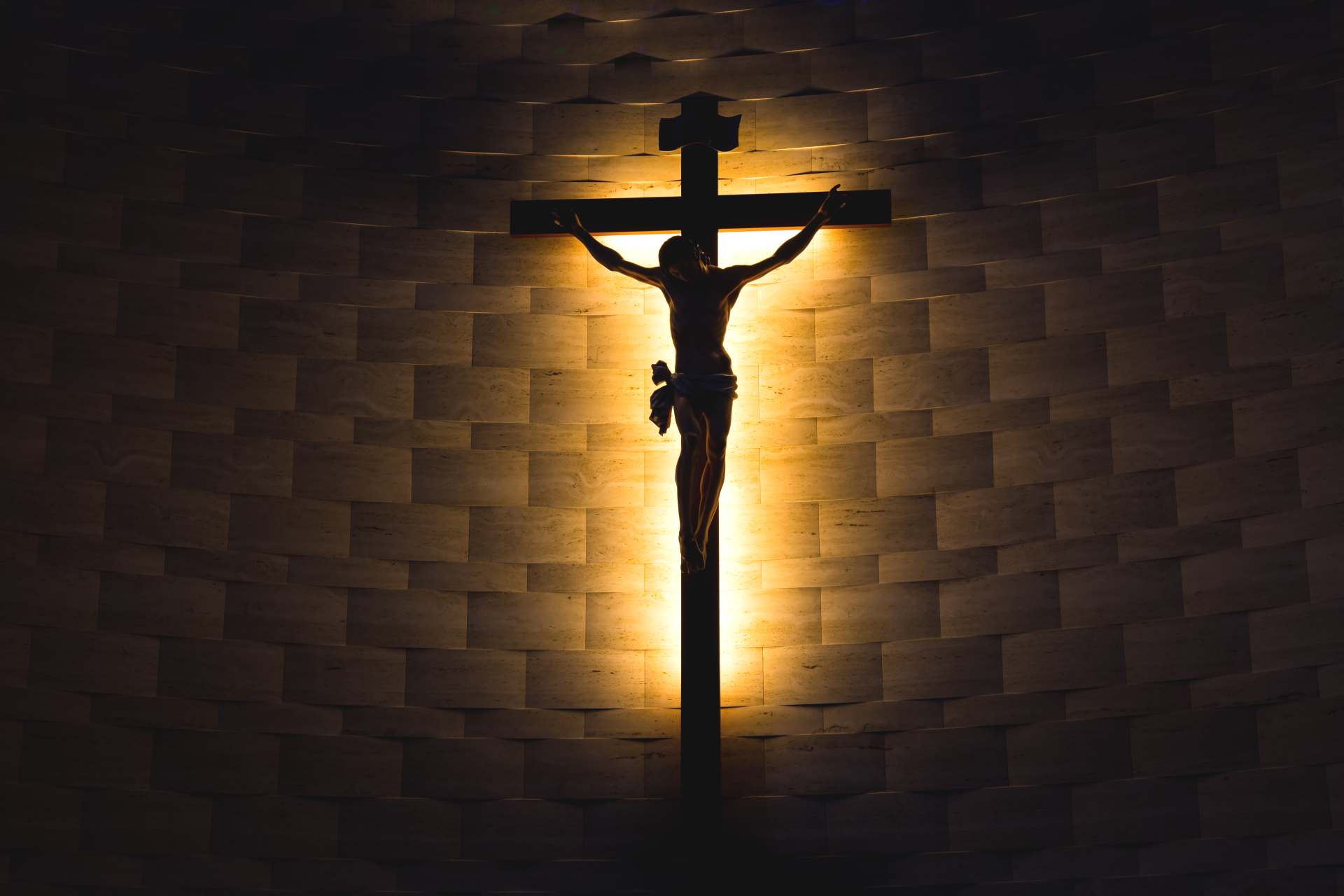 And His name will be called Wonderful, Counselor,
Mighty God, Everlasting Father, Prince of Peace.
Isaiah 9:6 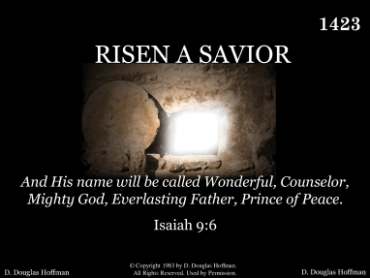 Clip of the last verse and chorus

Deep in the garden, Our Lord would kneel.
Far from the suff'ring, He soon would feel.

Kneeling in anguish, "Father, I pray,
If Thou are willing, Take this away."

But only Jesus, could bear the pain,
So for our evil, Our Lord was slain.

Dying on Calv'ry, Seemed like an end.
But a beginning, He rose again.

Risen a Savior, Raised to be King,
Glory and Honor, Ever we'll sing.

"When I started leading singing at the age of 14, the songbook we used had only about 15 communion songs. There were really only about five that we rotated through so, from an early age, I had the desire to write an acapella song for the Lord's Supper.

When I think about the communion, it brings a wide range of emotions from the sadness of the humiliation to the ecstasy of Jesus' victory over death which culminated in His resurrection.

I wanted to capture those feelings by taking the singer through the events surrounding the cross from Jesus' pray in the garden, through the excruciating pain of the cross to the glorious end of the story, His glorification as King. And, truthfully, what seemed like an end began the beginning of His triumphal reign as Wonderful Counselor, Glorious King and Prince of Peace.

It is my hope that this song will stir within each of us a rededication to the One who sacrificed so much so that we, too, could be resurrected and spend eternity in His glorious light. May God be praised!" 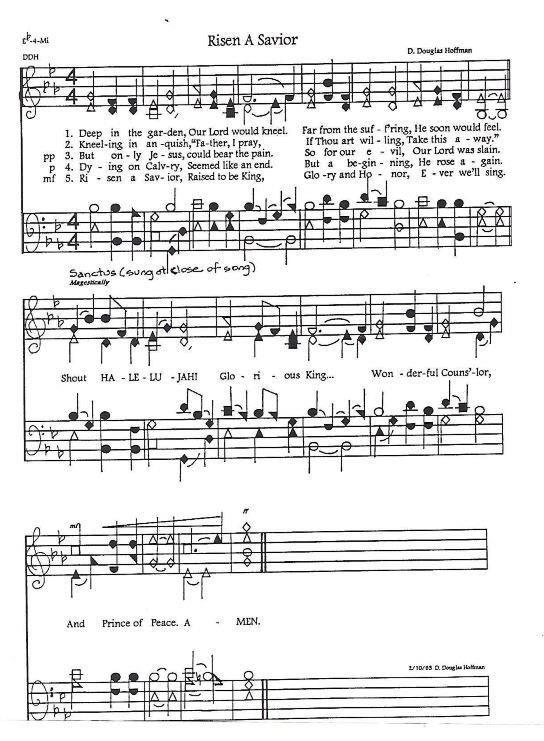 In 1983, I didn't own a personal computer. I didn't purchase one until years later when I acquired a used Commodore 64. To my knowledge there was no such thing as software to create or annotate acapella music and I don't recall even knowing that software designed to annotate in shaped notes was available until late into the 90s. When this song was written, my only option was to draw out each note on a piece of graph paper, specifically made for music, and that how the written form of "Risen A Savior" was created.

I thought it would be interesting for the reader to reminisce about times long ago when creativity was your only option. Only recently, and with the help of Aneva Pierce, could this song be recreated using a software annotation program so it would be easier to read and reproduce."

I recently had the opportunity to learn the hymn "Risen a Savior" and to record it with the Concordia Sacrae choir. Each year, our choir has the privilege of learning three new hymns and recording them on our CD. Doug Hoffman's "Risen a Savior" is a beautiful piece both textually and musically.

While the music is beautiful, it is not overly complex. It should be easy for a congregation to learn, once it is sung through a couple of times. The words to the hymn are artfully matched to the music. It is the perfect piece to focus one's mind on the simple but powerful message of Christ's sacrifice and resurrection from the dead.

I'm honored to have been a part of this recording and my hope is that congregations will be able to use it to learn the hymn and incorporate it into their worship services.
S. Moody
This is a beautiful and touching hymn walks that from the sorrowful Garden of Gethsemane to the cruel cross of Calvary to Jesus resurrection to ultimately, praising God for Christ's victory over death! Doug's touching hymn lyrics coupled with his emotional musical setting of the text is a perfect match!

Having visited the Garden of Gethsemane last year in Israel, recording this hymn with my choir, Concordia Sacrae really took on a new meaning! It has a similar feel to Robert Lowry's "Christ Arose" in that the verses start out somber and sorrowful, yet in time, transitions from sadness to tears of joy, followed by a chorus that is over the top in praise and rejoicing.

It ends gloriously with a powerful chord progression ("Church" or "Amen Cadence") alongside the lead/soprano part rising up to a high G! A powerful and touching hymn!
S. Wyatt
Covington, LA

If you are interested in securing peel 'n stick copies of "Risen A Savior" (8.5"x5.5") for your current songbook, please email moreinfo [at] risenasavior [dot] com with your request. Order in packets of 50. (FREE as long as supplies last)

· About Doug
· More Faith in Thee
· With One Accord